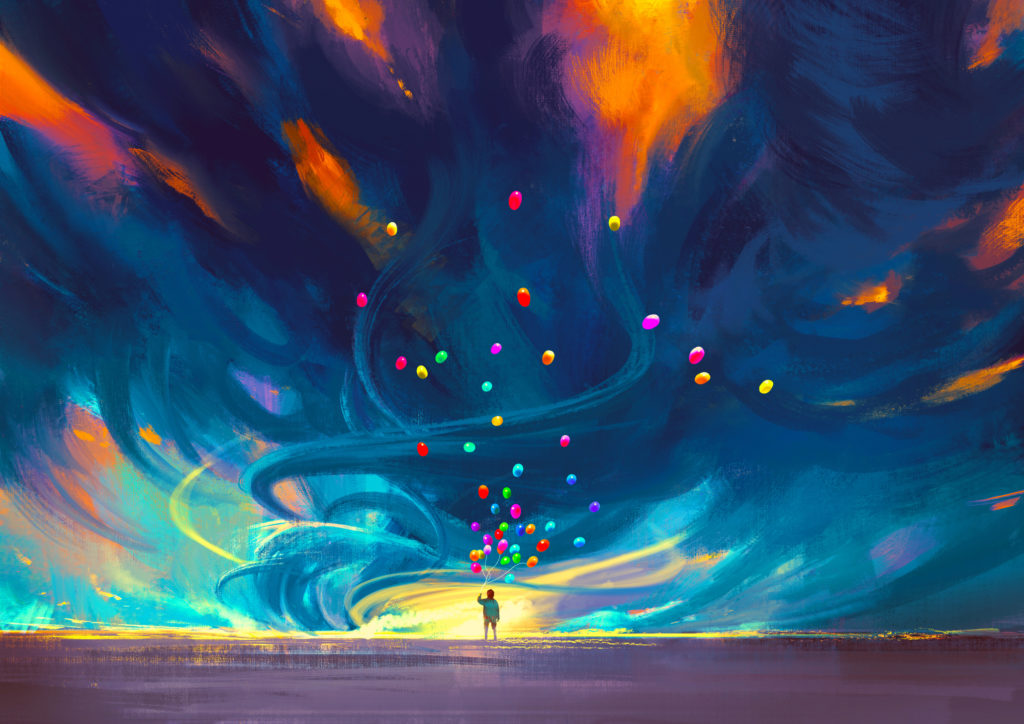 Rubio created the film out of his own experience, drawing on his real-life relationship with his son, who has Autism Spectrum Disorder (ASD). The diagnosis was difficult for Rubio to process, and his wife suggested he use his art to work through it and express what he felt. In his new film, he was able to do exactly that, and the result is a piece with universal appeal, but a special significance for those living with ASD.

If you haven’t seen “Float,” be aware that there are spoilers ahead. In the film, a father learns that his young son can defy gravity and float through the air. Because of the responses of others, he tries to hide this ability, first keeping his son indoors, then trying to weigh him down with rocks and a tether. At one point these measures prove futile, and his son flies around a playground, eliciting disapproving and even fearful reactions from other people. His father catches him, they struggle, and in the movie’s only line of dialogue, he yells at his son, “Why can’t you be normal?” The son shuts down and cries; realizing what he’s done, the father holds the child and begins to swing with him, eventually launching him into the air and celebrating his ability.

For many people with ASD, the message is a welcome step towards understanding. One adult with ASD put it this way, “I applaud Mr. Rubio for bringing this story to life and giving a platform for us to discuss autism and acceptance on a national scale.” Another person stated, “In a world where sometimes people are given a bit more fear and a bit less encouragement, I really appreciated the message this film shares.”

Subtle but powerful, the ending centers on the son’s ability and the father’s joy, without turning the focus back to the onlookers. Perhaps that’s the biggest takeaway: it’s more important to embrace a child’s unique qualities than to worry about fitting in with the crowd.

If your child has been diagnosed with ASD, STAR of CA is here to offer support. Founded in 2006, we provide behavioral and psychological services to people with ASD and related disorders in a nurturing environment that offers support for the entire family. We love what we do, and are devoted to improving lives through focused, caring services. You can contact us through our website or by calling 805.588.8896.