Sesame Street Character Speaks Volumes About Life on the Spectrum 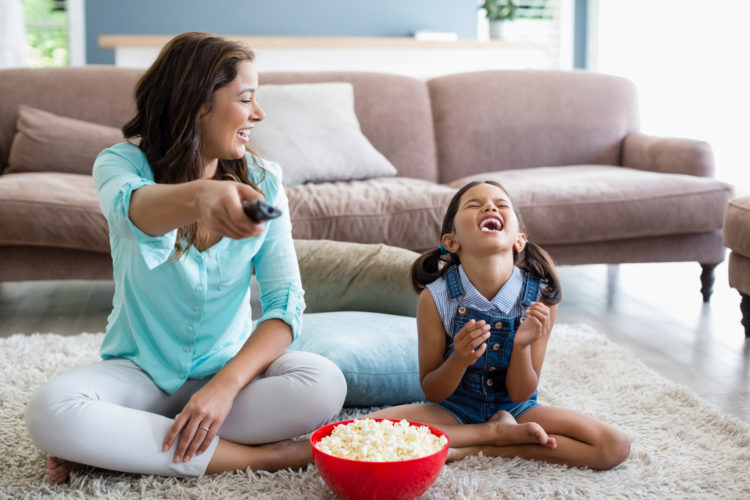 Autism Spectrum Disorder affects 1 in 68 kids in the United States, and yet for children with ASD, it can often be challenging to find themselves reflected in our culture. In an exciting move, long-running children’s show, Sesame Street, has taken a step to remedy that. Julia, a sweet little girl who loves the show’s theme song, “Sunny Days,” has just been introduced as the first Muppet with Autism Spectrum Disorder.

Sesame Street has been on since 1969, and it still has a powerful effect on children. What makes the program so unique is that it’s created as a realistic place that resembles what children actually experience in the world. Though the Muppets themselves are fantastical characters, their experiences mirror reality in a way that children can appreciate and understand. Through these relatable characters, Sesame Street has tackled issues like death, hunger, incarcerated parents, and even HIV, helping children understand the world around them even as they’re learning their ABC’s and 1,2,3’s.

The idea for a character with ASD originated in the late 1990s with Leslie Kimmelman, then an editor at Sesame Magazine. Her young son, Greg, had Autism Spectrum Disorder and seemed to really connect with the Sesame Street characters and content, singing along with the songs and developing a fascination with Elmo. Kimmelman discovered that there were other parents on staff whose children had ASD, and they began discussing the possibility of giving the children an opportunity to see a reflection of themselves on the show. What’s more, they thought, a character with ASD would give other children a chance to better understand the disorder as well.

The challenge of creating such a character had to do with ASD itself. Children with Autism Spectrum Disorder are an extremely diverse group, ranging from children who are chatty but socially unaware to children who do not speak and have significant sensory issues. Some people with ASD need support for the most basic needs, while others are simply differently-abled, rather than disabled. How could a Sesame Street character navigate the landscape of ASD, offering an accurate representation when the defining characteristics are so wide-ranging?

To tackle this project, Sesame Street consulted with educators, psychologists, and activists. Starting in 2010, their creative teams worked with experts on ASD, Sesame staff visited schools and clinics, and Leslie Kimmelman was asked to write a storybook in which a character with ASD was featured. Once they decided that the character would be a girl, Kimmelman named her Julia, after her older daughter, and her book, We’re Amazing, 1,2,3, introduced Julia to the world in 2015.

The central theme behind Sesame Street’s approach to ASD is that it doesn’t define a person. Understanding that it’s human nature to define people by what makes them different from us, Sesame’s response is the concept, “See Amazing in All Children.” Just as Big Bird is not defined by his feathers and Oscar’s worth is not determined by his trashcan, Julia has her own unique personality, in which ASD is merely a factor.

Bringing Julia to life is a team of artists, writers, actors, puppeteers, and others who often draw on their own lives for inspiration. The puppeteer has a son with ASD, the designer has a friend with ASD, and the person with ASD in the scriptwriter’s life is her older brother. Their experiences in life inform their work and help make Julia a fully realized character. Their goals include clarifying and destigmatizing Autism Spectrum Disorder for viewers.

Julia’s on-air debut happened this past April, during Autism Awareness Month, on an episode in which she creates a vivid, precise painting and plays tag with the other kids on Sesame Street. Along the way she behaves in ways that confuse Big Bird, failing to respond when he says hello, for example, flapping her arms when she’s excited, and jumping up and down while playing tag. Abby Cadabby, another popular character on the show, acts as Julia’s champion and Big Bird’s guide, explaining that Julia has ASD and “just does things a little differently, in a Julia sort of way.”

The response to this new character has been overwhelmingly positive. Parents of children with Autism Spectrum Disorder feel that their kids are being validated by seeing a character with whom they can relate, and people with ASD are responding with letters and emails expressing excitement over seeing a reflection of themselves on Sesame Street. The Georgetown Center for Child and Human Development, studying the impact of Sesame Street’s autism initiative’s website, stated that the site can help “reduce biases and stigma, increase acceptance and inclusion, and empower ASD with knowledge and positive information about themselves.” Those are worthy goals, and certainly challenging, but with the help of Julia, Sesame Street is well on the way to helping bring positive change to societal attitudes about children with ASD.